As one would expect, most employees of Interior Door Replacement Company are 49er fans, who were able to joyfully celebrate their victory over the Packers in last night’s playoff game.  However, we also have employees who are Green Bay Packer fans, including Josh, owner of IDRC.  This blog is to settle the third consecutive bet on the outcome of the Packer vs. 49er game.  The loser must have their picture taken and posted on this blog in either a 49er helmet (if the 49ers win) or a cheesehead (if the Packers win). 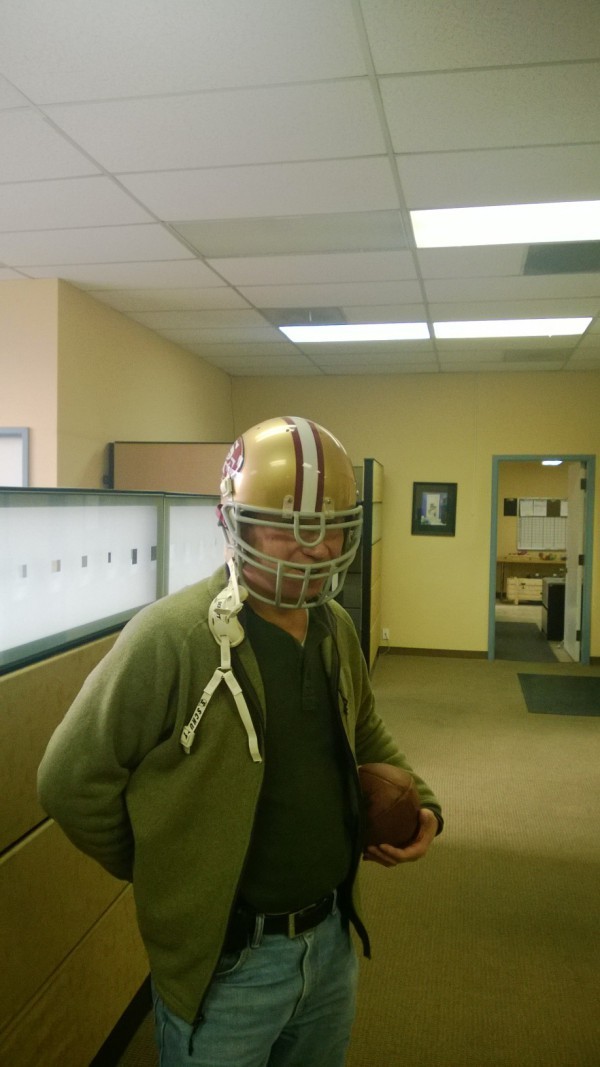